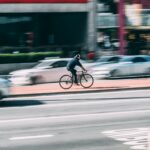 Ebikes are a budget friendly alternative to fuel powered vehicles. They are also climate friendly, as ebikes allow you to bike more without fear of hills.

No surprise, then, that ebikes are surging in popularity and are almost as commonplace as regular bikes in Seattle and the Pacific Northwest. For recreational use, so many people using ebikes to explore nature. This has environmentalists worried. So, Washington state lawmakers are considering restricting their use to minimize damage to wildlife and their habitats. Here, I thought that switching to an ebike to commute was “cheating”. Now I learn that people are heading to bike trails with ebikes. Hmmm.

For purposes of this post, I’m focused on biking and ebike use as a common mode of transportation. The inevitable question that follows: “Do I need to buy insurance for my ebike?” Rather than drone on as attorneys are known to do, I’ve included an e excerpt of a blog post by Kimberly Kinchen as a primer for ebike insurance. Ms. Kinchen is a highly respected road safety advocate in the Pacific Northwest, the author of Transit Trekker Manual (forthcoming).*

When Tim Pembroke turned 70 back in 2011, he decided it was time to stop riding a motorcycle and start riding an electric bicycle. His son Nick worked for Everett, Washington-based McClain Insurance for a decade, so Tim asked Nick about insurance for his new ride.

Nick quickly found that while bicycles are typically covered under standard homeowners, renters or umbrella insurance policies, electric bicycles were typically excluded from coverage under such policies on the basis that they are motorized. Many insurance denials and three or four months later, SafeCo offered to modify a motorcycle policy to cover Tim’s electric bicycle.

Liability insurance pays an injured party if you are determined to be at fault for their injuries and other damages — often because you admit fault, your insurer deems you to be at fault or as the result of a lawsuit.

Most standard homeowners and renters insurance policies provide liability protection for incidents that arise from the use of standard bicycles. However, as Pembroke noted, these policies often don’t cover electric bicycles, so if you want to protect your personal assets from risk in the event you are involved in a crash in which someone is hurt, read your insurance policy carefully to see if it will cover damages related to the use of electric bicycles. If it does not, consider liability coverage.

(If your insurance provider isn’t listed here, you may want to contact an agent to see if they offer coverage.)

Here are key questions she recommends getting answers to:

You might also want to ask how coverage applies if you loan out your electric bicycle to a friend, plan to travel out of the state or country often with it, or while renting an electric bicycle from a shop or bikeshare operator. Boxer-Macomber also recommends vetting the insurance carrier via your state’s insurance bureau or insurance commissioner.

Nick Pembroke says he always warns those in the market for electric bicycle insurance to brace themselves for some initial sticker price shock — first-year premiums are likely to be your most expensive insurance, but will drop quickly as your continuous insurance history builds.

A final heads up: insurance for your circumstances might not be available. Like about 20% of my fellow Seattlites (according to the American Community Survey), my household doesn’t own a car, and I never bothered getting a driver license. My electric bicycle is my main form of transportation, so liability and UIM insurance are high priorities for me. But I’m out of luck for now — the electric bicycle policy available in my region currently requires a driver license. That sounds like a good market opportunity for the insurance industry.  [Republished with the author’s permission, originally published on PeopleForBikes.org website.]

* As the Business Network Writer for PeopleForBikes Kimberly wrote about the economic benefits of bicycling and bicycling infrastructure. More recently she has written on e-bike policy for PeopleForBikes. As a Fellow at the Disability Mobility Initiative (DMI), Kimberly drafted the groundbreaking Transportation Access for Everyone white paper; she is currently the engagement manager for DMI’s Week Without Driving.